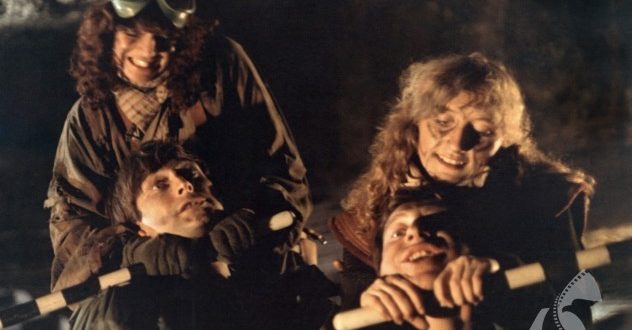 Polish cinema, denied the technical possibilities, could not afford a proper science fiction film. The lack of special effects was made up for in creativity, by using a vision of the future to comment on the current political situation, oftentimes, not entirely seriously. “Sexmission” is a great example. Although the future world created by Machulski looks a bit retro from today’s perspective, its humour stays strong, as it was based on the timeless motive of a clash of the sexes. Two volunteers wake up after 53 years in hibernation. The year is 2044, after a nuclear war only women survived, and the entire population had to go underground. The sudden appearance of two men dismantles this seemingly ideally functioning utopia, so the heroes will have to use all their charm to win over the women that run the world.

Juliusz Machulski is a contemporary Polish film director, writer and producer, born in 1955. Machuski is best known for his daring, action-packed comedies, full of surprising plot lines and ironic humour. He plays with film conventions and mixes genres, aptly using film pastiche. His take on popular cinema is refined intelligent entertainment that will make you laugh till you cry.